The No. 1 Thing That Makes Hiring Managers Reject a Candidate, According to 5 of Them 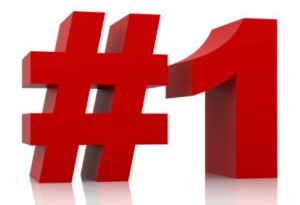 I asked 5 hiring managers for their take on this, as well. One of them, Eshael Johnson, the Director of Stakeholder Relations for the Center for Tobacco Products who is also involved directly in hiring, went on to say that falsifying information in a resume “demonstrates you lack work ethics and morals.”

Let’s see what four other hiring managers had to say about the long-lasting consequences of lying on resumes — the ultimate job application red flag — and where they catch job-seekers commonly lying:

1. Hiring managers are looking for transferable skills, not perfection. So, there’s no point in exaggerating or falsifying.

Hiring managers look at “experiences and skills that are relevant and transferable to their open position.” In Smith’s words, “They [hiring managers] want to see that you’re going to be able to handle the job before they take the time to get on the phone with you.”

By choosing to be dishonest, though, you’re misleading hirers into thinking that your skills and experience are relevant, which makes you a good fit to their company and that you can handle the job. But can you?

2. Visme’s CEO says lying — even about commonly falsified information — ruins a candidate’s shot at being considered.

Payman Taie, the Founder of Visme, an online infographic maker, outlines he and his team typically find people sharing incorrect information “on the technical experience where they may exaggerate their experience with too many technologies.”

And guess what, if your lie doesn’t get caught in the initial screening phase, it will eventually be caught. Taie continued: “If we are at mid to late stages of the interview process we would approach the candidate on the concern.” And everyone can guess what happens next. We’ll hear it from Taie, though: “The candidate will not be considered for a hire.”

3. One former Hulu recruiter says most people are caught during the interview process.

Lauren McGoodwin, ex-Hulu recruiter and the Founder of Career Contessa, a career advice site for women, says: “Lying or being very unclear about something so it eludes to false facts will definitely keep me from hiring a person and, if I find out later, I’m letting them go.”

And here’s the kicker – you’re likely going to be caught then and there. “A good recruiter/interviewer will be able to tell right away because when they ask questions that are more detailed, you won’t be able to answer,” McGoodwin shares. Or, a background check can help recruiterslearn the truth.

In addition to agreeing with Taie on not getting hired, McGoodwin also explains: “They [the company you applied to] might mark it down in their system if you ever apply in the future.”

4. This Director thinks lying doesn’t just ruin one application but sets you up for failure in the future

Okay, let’s make a bold assumption here: you get hired despite the misleading info on your resume. Ever wondered what happens then?

Dominic Kent, the Director of Content Marketing at Mio who is also on the hiring team, says: “There’s no point pretending to have skills in an area you don’t as you will be found out once you need to put those skills into practice. Once this cycle is complete and you are found out, you’re likely out of a job and have delayed getting the correct job for your skillset and experience.”

Kent puts another thoughtful fact on the table: “The hiring manager may have looked at you as a candidate that could be a quick learner of the skills you lacked but now sees you as someone that likes to take shortcuts.”

There’s another pretty painful consequence of lying in your resume: “Hiring managers have friends and peers, and when it comes to seeking references for future employment, you have likely burned bridges that could prove crucial to landing your next role.”

5. This government official says lying leads to a lot of waste — and leaves a bad taste in an employer’s mouth.

Lastly, being dishonest on your resume leaves you in a “negative spotlight” as Johnson calls it. Not only do your waste your time in an attempt to get a position the wrong way, you also waste a lot of time and resources of the hiring company.

She highlights: “If one were to falsely state that they possess a critical skill needed by the organization, their dishonesty may have negative repercussions on work to be performed — possibly leaving a huge hole in the organization’s productivity, resulting in a waste of resources.”

But where do we commonly lie on a resume? All five of these hiring managers pointed out three places where they often spot lies:

Kent observes, “It’s easy to tweak seniority and reflect your genuine duties in a position. For example, a junior salesperson can easily use Senior Account Manager as a job role and copy and paste what they think hiring managers want to hear from Google.”

“Candidates typically lie about the breadth and depth of their experience. For example, they may answer that they have expertly managed projects during their career when they may have only participated in meetings as an observer,” says Johnson.

Applicants “exaggerate their experience with too many technologies,” Taie notes. Or, in McGoodwin’s observation, they lie about their “experience with a software.” Sometimes, the lie is as clear as day.

For instance: “a marketing candidate may use a statement such as ‘I was directly responsible for increasing Company X revenue by over 45% in the last year.’ We all know unless it was a small business, it would have involved the work of other team members and resources,” Taie elaborates.

It’s best to be conscious as you fill out these areas in your resume.

It’s clear: several candidates lie on their resume. Or, at the least, mislead by tweaking their experience, the time they served in a role or their familiarly with software.

If you feel you’re only telling half the truth, save yourself by taking McGoodwin’s suggestion: “Feel free to add more context (1-2 sentence explanation) on your resume, cover letter or LinkedIn to provide more details or background information.”

In the end, honesty is the best policy. It may be cliché, but it’s the truth.